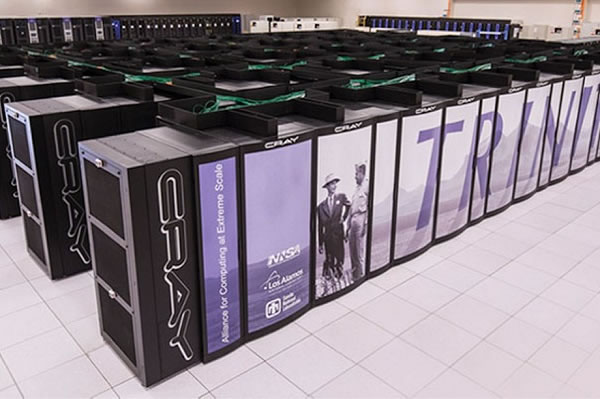 The picture above shows Trinity: The Cray supercomputer used at the Advanced Analog Computing (ASC) project at the Los Alamos National Laboratory (LANL) in the United States.

In addition, CrayXC50 will also provide research support for the International Thermonuclear Experimental Reactor (ITER/a large multinational fusion project led by the European Union). Thousands of researchers from Japan and other countries can use this system, mainly plasma physics and fusion energy calculations.

While looking at the new supercomputer, Japan has compared the old Helios system that has been retired. After all, in 2012, it was ranked 15th in the super-performance rankings. Currently Japan has not yet named its latest supercomputer, and it is not the best CrayXC50 system.

According to the November 2017 rankings, Switzerland has the third-best-performing supercomputer in the world, and it also operates on the CrayXC50 system. The commercialization of fusion energy still has a long way to go. ITER plans to put into use the first plasma reactor in 2035, which will cost billions of dollars in investment.