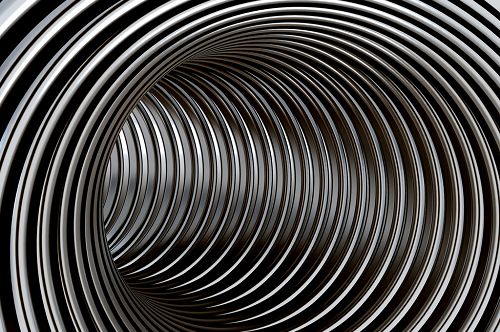 Some people say that the "cold winter" of the steel industry has not yet arrived. At present, it is only entering the "late autumn". It is also said that Chinese steel companies will enter a long and painful transition period, not just a cold winter. As a result of the large-scale environment, the steel pipe industry as a sub-sector is also hard to keep up with. Although China's steel pipe production and exports are still rising since the beginning of this year, the pattern of high cost and low profitability remains the same, and it has begun to show signs of deteriorating momentum.

The chill of the steel pipe industry, Zong Gang, executive vice chairman and secretary-general of the Steel Section of the China Steel Structure Association, realized that in the first five months of this year, the sales profit rate of the steel pipe enterprises continued to decline in a chain, and the company struggled on the margin of low profit or even losses.

Zhuang Gang predicts that this year's supply exceeds demand in the steel pipe market, the situation of low price fluctuations is difficult to reverse, and with the increasing international trade friction, the difficulty of steel pipe exports will also be significantly increased.

In Zhuang Gang's view, demand is still the main engine driving high output growth. "Since this year, although the global economy has not yet significantly recovered, and the domestic market demand has never been optimistic about the expectation, the demand for the energy market is still very strong. The demand for oil and gas is still dominant in the energy demand management system," said Zhuang Steel. With the further expansion of global investment in oil and gas exploration, its demand for oil and natural gas pipes will continue to grow. The demand for pipes in the energy industry such as oil well pipes, line pipes, nuclear power pipes, and transmission fluid pipes will continue to drive the overall demand for steel pipes. According to statistics, the domestic economic growth rate reached 7.7% in the first quarter of this year, and the target for the beginning of the year was 7.5%. The annual fixed asset investment growth target also increased from 16% last year to 18%.

Zhuang Gang believes that urbanization is still the biggest bright spot to drive the market demand for steel pipes. The auto industry has seen a slight increase, railway investment has accelerated, and the gradual recovery of shipbuilding and other industries has been the main reason for pulling steel pipe market demand. This year's steel pipe production has continued to increase since the beginning of this year.

Moreover, Zhuang Steel is still optimistic about the demand outlook for the steel pipe industry under the turbulent environment. Since the beginning of this year, the growth rate of investment in fixed assets in our country has exceeded 20%, the pace of urbanization has been accelerated, the demand for energy market management has continued to prosper, and railway investment has also increased. It is worth noting that the National Energy Administration has positioned coalbed methane as an important emerging energy industry for the first time, indicating that Chinaâ€™s â€œCBM Industry Policyâ€ has begun to enter the implementation stage. With the relatively stable macroeconomic policies of the country, the steel pipe market demand will continue to maintain a slight increase.

Under the background of high growth in high-yield and low-yield eucalyptus production, China's steel pipe exports â€œhad lost or increased pricesâ€, while imports â€œfell off pricesâ€.

Regarding the export volume of steel pipes, the steel industry still maintains the growth momentum. Zhuang Gang explained that although the scale of the direct export of steel pipes to the European Union has dropped significantly, the increase in exports to Southeast Asia, the Middle East, Africa and South America has compensated for the reduction of exports to the EU. According to statistics, from January to May of this year, China's steel pipe exports amounted to 3,839,700 tons, a net increase of 280,000 tons year-on-year, a growth rate of 7.86%, which was 3.87 percentage points lower than the 11.73% growth rate in the same period of last year.

In contrast, China's steel pipe imports only 165,600 tons in the first five months of this year, a decrease of 26,700 tons, a decrease of 11%; import and export offset, the steel pipe net exports of 3.674 million tons, an increase of 8.9%. Among them, the import volume of seamless steel pipes and welded steel pipes decreased by 16% and 5.26% respectively.

Hard to escape the "curse"

This year, subject to the market pattern of oversupply, it has become the main tone of the price trend of steel pipes. From this year's price trajectory, steel prices rebounded slightly in January-February and turned downward in March-April. As of the end of May, steel prices continued to decline. As of May 17th, the average price of ordinary seamless steel pipes of è¦«219Ã—10mm and è¦«108Ã—4.5mm decreased by RMB 60/t and RMB 44/t respectively compared with the end of April, with a decrease of 1.23% and 0.93%, respectively. The average price fell by 72 yuan/ton from the end of April, a decrease of 1.75%.

Zhuang Gang predicts that according to the current situation, the growth rate of steel pipe production in the first half of the year will reach 10% to 12%, and the export volume of steel pipes will increase slightly. However, due to the release of production capacity and the continuous increase of output, the steel pipe market will still be in a situation where supply exceeds demand. Prices continue to fluctuate at low levels.

In the face of low prices, the benefits of steel pipe companies are naturally not optimistic. In the first five months of this year, the profits of domestic steel pipe companies will decrease month by month, and this state of struggling at the edge of losses will continue for some time. â€œAccording to the extrusion of both the market and raw materials, the high-cost and low-profit status of the steel pipe industry will continue. The steel pipe companies will continue to operate at low profit or loss.â€ Zhuang Gang said that on the one hand, domestic steel pipe prices are hard to compare. Large improvement, while the production of iron ore, coke, coal and other raw materials prices have been at rocking prices, or difficult to significantly reduce the price of ore; the other hand, the state increased energy-saving emission reduction efforts, enterprises in energy-saving, environmental protection, increased investment, and Labor costs are also rising.

Zhuang Gang said in particular that the future trade friction will be a normal trend, steel pipe enterprises must have adequate psychological preparation and marketing measures, and actively respond to the "double anti" investigation. This is not only to protect the company's own interests, but also an objective requirement to create a good foreign trade development environment.

The reporter learned that since last year, the â€œdouble counterâ€ investigations on China's steel pipe products have spread rapidly. In addition to the developed countries such as the European Union, the United States, Canada, and Australia, some emerging economies such as Brazil, India, Mexico, Argentina, Colombia, Turkey, etc. The third world countries have joined the â€œdouble reverseâ€ ranks. The products involved have also expanded from the past seamless steel pipes, welded pipes, and stainless steel pipes to pipe fittings, pipe piles, short joints, gas cylinders and other steel pipe products. In the first quarter of this year alone, China's steel pipe products encountered four trade frictions.